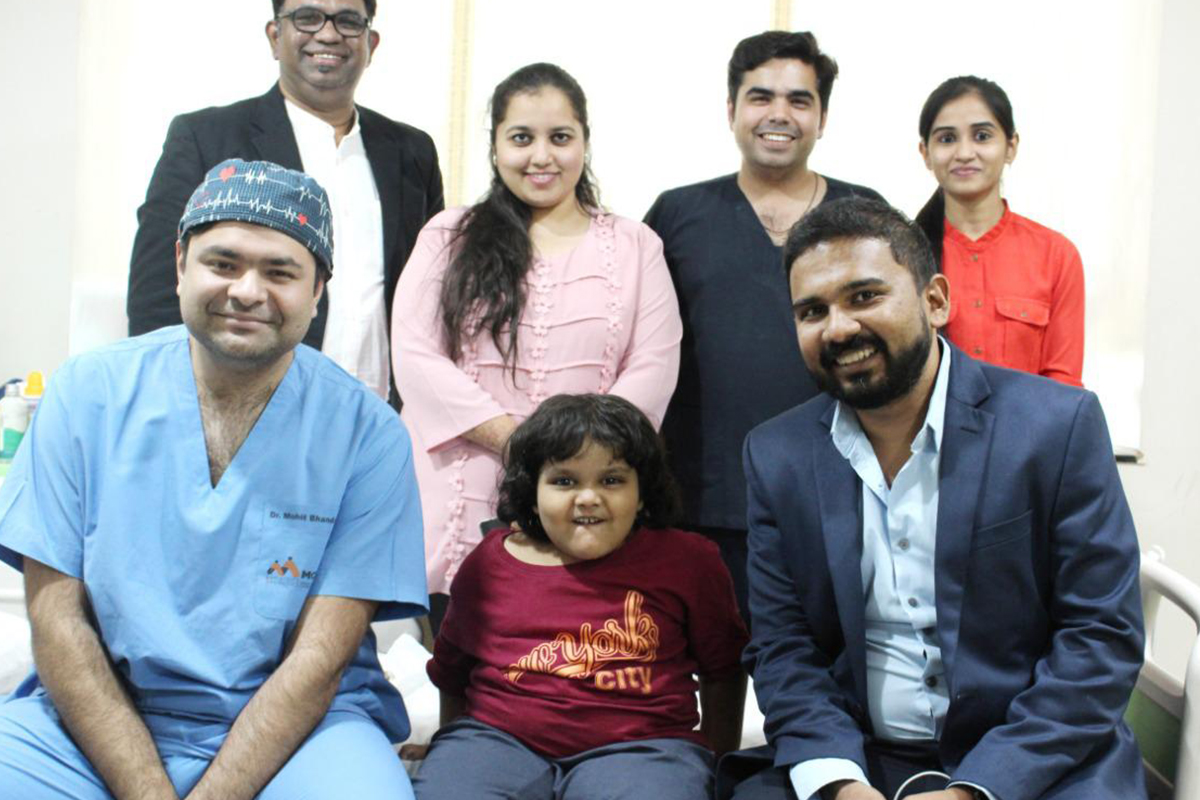 Revision bariatric surgery was performed on eight-year-old who weighed 40 kg; Doctors at MPCT Hospital said she is doing fine

According to Dr Mohit Bhandari, director of bariatric surgery at Mohak Bariatrics and Robotics, Zoya was ‘doing well’ on day two of the surgery, ‘smiling and playful’. Zoya, who at weighed 40 kg, first underwent bariatric surgery in 2011 when she was 11-month-old.

Zoya, the daughter of Santacruz resident Yusuf Khan who sells paper fans on the street for a living, was admitted to the BMC-run Nair Hospital in November 26 as she could not move or breathe properly because of obesity linked to genetic disorder. Khan did not have the money to pay for a fresh round of tests and therapy. It was then that the MPCT Hospital stepped in after learning of her case, and approached Khan.

It seems the surgery she underwent in 2011 worked only as a short-term solution and she continued to suffer from morbid obesity linked to a monogenic disorder. Dr Bhandari said that Zoya came to the hospital with recurrent chest infection, obstructed sleep apnoea and irregular bowel habits. Her weight was 40 kg. Her stomach size was huge like that of an adult. She tolerated the surgical procedure which lasted less than an hour. Dr. Bhandari faced anaesthesia challenges during surgery as she behaved like an adult on ventilator settings. There were adhesions between the stomach and pancreas and liver. She was not able to bear her weight and walk. She had not walked for the past three years as she was immobilised due to obesity.

Zoya was consuming more than 2,500 calories daily, and X-rays showed her stomach that was sleeved had dilated to a normal capacity with no limitation to her food intake. Her respiratory problem of sleep apnoea with severe O2 desaturation that had resolved after her initial operation had recurred. A revision sleeve gastrectomy was performed to control her weight. A non-adjustable ring was placed around the proximal pouch of the sleeve to minimise dilatation of the stomach in the future. Generally with large stomach gastric bypass is done but due to Zoya’s growing age, the doctors opted for sleeve with the ring to minimise micronutrient deficiency.