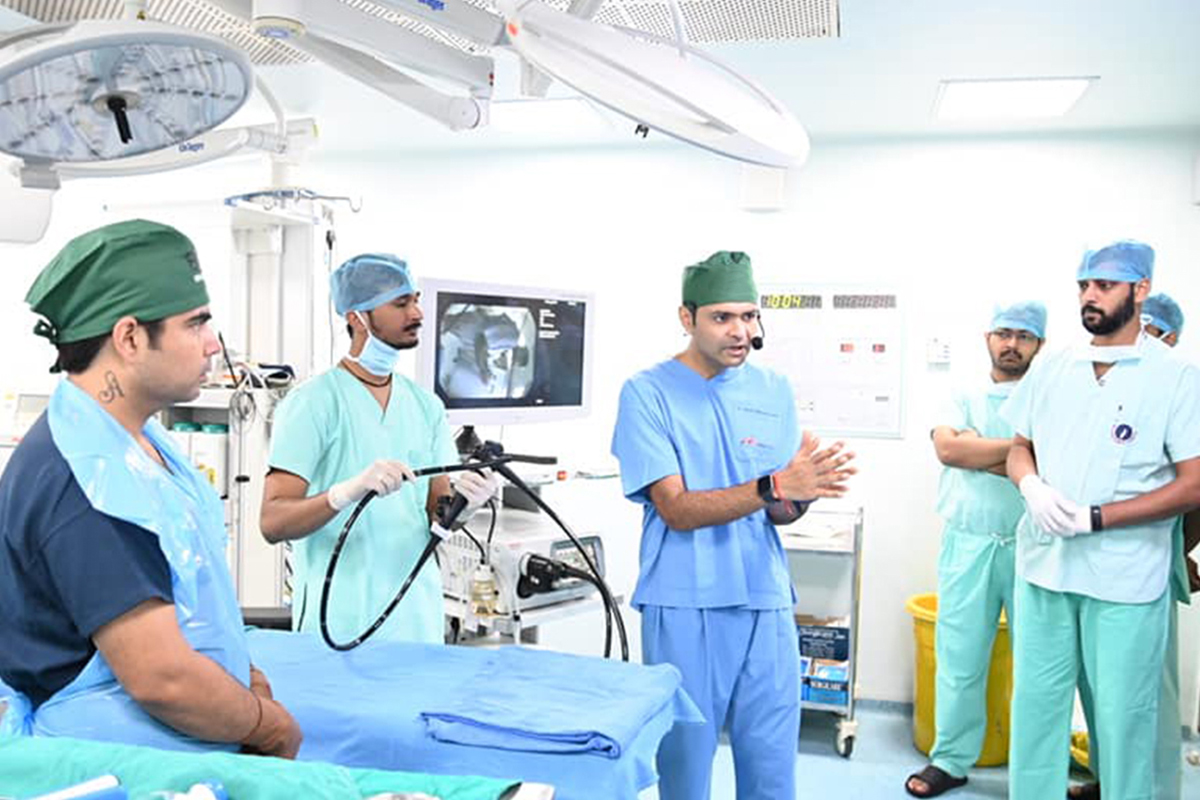 A 45-year-old man weighing 385 kg got a fresh lease of life after going through bariatric surgery at Mohak Hospital. The surgery was performed about five days ago and the doctors claimed it is one of its kind of procedure in Asia to remove such excess flab. Earlier the record was made by Dr. Mohit Bhandari, who operated on a woman of 350 kgs in 2012.

He said that the patient Virendra Doshi of Gujarat was suffering from diabetes, sleep apnea and pulmonary hypertension for last many years and his life was confined to bed only. After the four-hour-long surgery, condition of the patient was stable and would reduce to somewhere around 150 kgs in one year. The condition of the patient was such that he couldn’t come to the operation table and hence was operated after joining two beds.

“The patient had visited many hospitals in the country but was refused due to excessive weight and other complications. We accepted the challenge and performed the successful surgery,” Dr. Bhandari said.

Before surgery, his BMI (Body Mass Index) was 150 which was six times higher than a normal person. Persons having a  BMI of 25 are considered as “normal”, while those above 25 and below 30 “weighty” and those with a BMI above 30 are classified as “heavyweight”.